Bipolar disorder refers to a mental health condition that causes extreme shifts in a person’s mood and overall energy levels. Although everyone is prone to ups and downs in life, individuals suffering from bipolar disorder tend to experience severe mood episodes and sudden behavioral changes that can seriously impact their life and daily functioning.

An individual suffering from bipolar disorder may experience prolonged periods of an extremely irritable or elevated mood, usually defined as depression or manic episodes. These episodes can be brief, lasting a few hours or longer-lasting several days, weeks, or even months.

This blog post evaluates the different forms of bipolar with a special focus on bipolar 1 vs. 2 vs. cyclothymia. Read on to learn more.

What Is Bipolar 1 Disorder?

These symptoms tend to be so evident and intrusive that the affected person can’t hide them. This makes it relatively easy to see there is something wrong with your loved one.

What Is Bipolar 2 Disorder?

Unlike bipolar 1 disorder, bipolar 2 disorder features both manic and depressive episodes, but the manic episodes are more severe than in bipolar 1. Doctors call mild manic episodes hypomania .Hypomania does not involve psychosis, and will only last about half the time as full blown mania.

An individual with bipolar 2 may experience a depressive episode preceding or following a manic episode.

In some cases, bipolar disorder 2 condition may be misdiagnosed as depression since the depressive episodes are more prominent and may be the major reason the victim seeks medical attention.

Bipolar 1 vs. Bipolar 2: How Do They Differ?

All types of bipolar disorders are generally characterized by episodes of extreme mood swings. The highs are referred to as manic episodes, while the lows are known as depressive episodes.

However, the main difference between bipolar 1 disorder and bipolar 2 disorder is the severity of the manic episode caused by each condition. 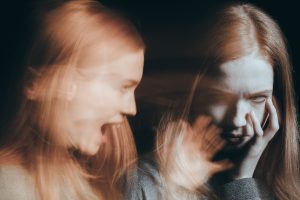 Cyclothymic mood episodes are considered a relatively mild form of bipolar disorder involving many mood swings with depressive and hypomania symptoms that occur quite frequently.

People with this type of bipolar disorder tend to experience emotional ups and downs but with relatively less severe symptoms than bipolar 1 and bipolar 2 disorder.

This type of bipolar disorder usually develops in adolescence. Individuals with cyclothymia appear to function “normally” although they may seem “difficulty” or relatively “moody” to others. A significant number of those struggling with this condition will rarely seek medical treatment because their mood swings don’t seem severe.

Bipolar Disorder Due to Substance Abuse Disorder or Another Medical Condition

Some bipolar disorders don’t match the three categories described above since they don’t have specific patterns. However, they still align with the criteria of sudden and abnormal mood episodes.

For instance, a person may experience mild hypomanic or depressive symptoms that last less than the specified period for cyclothymia. In other cases, an individual may experience severe depressive episodes but have clear signs of mood elevation that are so brief or mild to be termed as hypomania. 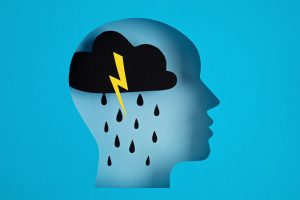 Medical scientists haven’t established the real cause of bipolar disorder. Some believe that sudden mood episodes may occur as a result of an imbalance in certain brain chemicals or an abnormal physical characteristic of the brain.

Like many other medical conditions, bipolar tends to be hereditary. It means that if you have a parent, sibling, or close relative with bipolar disorder, you are also at an increased risk of developing it. Scientists are still searching for human genes responsible for the condition.

How Is Bipolar Diagnosed?

Bipolar is usually diagnosed by a mental health professional or psychiatrist. The diagnosis includes a thorough review of your medical history and current symptoms related to depression or mania. A fully trained and experienced professional in depression and bipolar support alliance center will know the type of questions to ask.

In most cases, it is helpful to bring a loved one with you during the doctor’s visit to help answer questions about your behavior and symptoms. 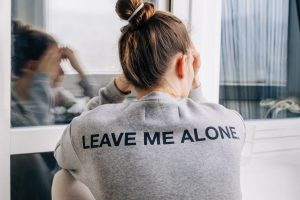 If you have clear symptoms relating to bipolar disorder 1 or bipolar disorder 2, be sure to tell your doctor about them so that they can refer you to a mental health specialist for further diagnosis.

In some cases, a blood test may be part of the diagnosis process. Although a blood test won’t reveal whether or not you are bipolar, it combines with a comprehensive physical examination to help rule out possible causes of your behavior.

If you or your loved one has been diagnosed with bipolar disorder 1 or bipolar disorder 2, you don’t need to panic because this is a condition you can manage. Furthermore, you aren’t alone. Ensure you talk to your primary doctor as soon as possible to find out your treatment options.