We all know that sadness is part of human life. We may feel sad when we go through life challenges such as severe illness, divorce, or when our loved one passes away. These feelings are usually short-lived and won’t significantly impact your mental health.

However, when you experience persistent and relatively intense feelings of sadness for extended periods, you could be struggling with major depressive disorder (MDD).

MDD, also referred to as clinical depression, is a significant medical condition that can impact many areas of your life. Besides affecting your mood behavior, MDD can also affect your physical functions such as sleep and appetite.

Unfortunately, a significant number of people with MDD never seek treatment because they confuse it for normal sadness. So, what are some of the common symptoms of MDD? Read on to learn more.

In order for the diagnosis to be made, no symptoms from a major depressive episode can be present for more than two weeks. A single episode may resolve on its own or with minimal medical intervention.

Previous episodes that do not fully meet the criteria for a major depressive episode may be noted as prodromal or residual symptoms. 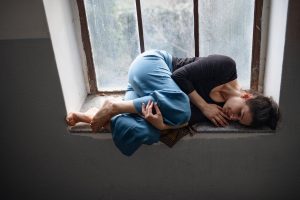 The presence of a single episode does not indicate whether the person has an increased likelihood to experience future episodes, but if a second episode occurs, it is considered a separate diagnosis from a single episode major depressive disorder, unless otherwise specified.

During treatment, your doctor will focus on much more than the major depressive disorder single episode symptoms. He/she will also want to know your family history and general behavior before you experienced the episode.

Your MDD will be classified as recurrent if you have been trapped in a cycle of depression, rendering you helpless. Recurrent severe major depressive disorder can be debilitating because the episodes can strike at the least expected time.

As soon as you start to feel that maybe you have finally managed to overcome the MDD and reclaimed control of your life, a new bout strikes again. According to CDC, recurrent severe MDD affects up to 16 million Americans every year.

Typically, a major depressive episode can last for two weeks. In some cases, the feelings of sadness persist for three weeks, but you should be fine after that period. 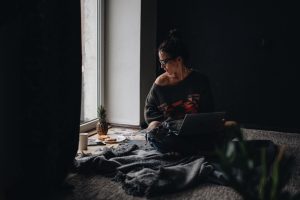 MDD is considered severe and recurrent if the symptoms present themselves again after a period of remission.

When you experience such major depressive disorder recurrent severe symptoms, you should seek medical attention before it takes a toll on your life. Your doctor will conduct a comprehensive physical examination and blood test to rule out the possibility of a medical condition being behind your depression symptoms.

A psychiatrist will then conduct a thorough assessment of your symptoms and use the DSM V depression diagnostic criteria to determine if you have a major depressive disorder.

Depressive disorder can affect anyone, including those who aren’t exposed to any risk factors. However, some of the critical factors that play a role in MDD include:

What Are the Symptoms of Major Depressive Disorder?

While some people will never experience MDD throughout their life, others tend to have multiple episodes within a specified period. During the depressive episodes, victims develop a wide range of symptoms, including:

For people with major depressive disorder, the symptoms are usually severe enough to cause noticeable problems in their day-to-day activities such as social activities, work, relationships with others, or school. In most cases, victims feel miserable without knowing why.

What Is a Major Depressive Disorder Diagnosis According to DSM V?

Before your psychiatrist concludes that you have MDD, they will diagnose your symptoms against the Diagnostic and Statistical Manual of Mental Disorders, 5th Edition (DSM V).

According to the manual, you will only be considered to have MDD if you have been experiencing at least five of the following symptoms for at least two weeks, with at least one of the symptoms being diminished pleasure or interest:

Your doctor will assess your general condition to ensure the symptoms you are experiencing are not attributable to the psychological effect of substance abuse disorder or another medical condition.

DSM-V guidelines also emphasize the importance of differentiating between normal sadness from MDD. Life changes such as loss of a loved one can induce great suffering and sadness that must not be mistaken for MDD.

The Depression Bipolar Support Alliance is an online support group that can help you fight and overcome the major depressive disorder. The primary mission of DBSA is to provide hope, support, help, and education to improve the lives of people struggling with mood disorders, including MDD.

So, if you or your loved one is struggling with MDD, be sure to join the movement and help fight depression and other mental health problems!