Obsessive-compulsive disorder, commonly referred to as OCD, is a disorder in which individuals experience recurring and unwanted thoughts, sensations, or ideas (obsessions) that may make them feel driven to do something repetitively (compulsions). The repetitive behaviors such as cleaning or checking on things can interfere with one’s social interactions and daily activities.

You may try to ignore or even stop your obsessions, but that will only increase your anxiety and distress. Ultimately, you feel driven by forces beyond your control to perform compulsive acts to ease your stress.

Despite genuine efforts to try and ignore or get rid of the urges or thoughts, they keep coming back even when you least expected them leading to a ritualistic character. In most cases, OCD centers around certain themes.

For instance, you can develop excessive fear of coming in contact with germs which push you to compulsive behavior of constantly washing your hands until they are sore.

People who suffer from OCD are usually ashamed and embarrassed about their condition. Fortunately, treatment can be effective in helping you to overcome your OCD.

Read on to learn more about obsessive-compulsive disorder DSM 5 symptoms, diagnosis, and treatment.

Who Gets Obsessive-Compulsive Disorder (OCD)?

The truth is that almost everyone experiences distressing moments or repetitive behaviors at some point in their lives. However, these ideas, thoughts, and behaviors don’t disrupt their daily lives and social interactions.

But for people with OCD, the thoughts are persistent and behaviors rigid. Not performing the repetitive behaviors leads to great distress. OCD is more extreme and takes up a significant amount of time from one’s day. It gets in the way of one’s normal life and activities. 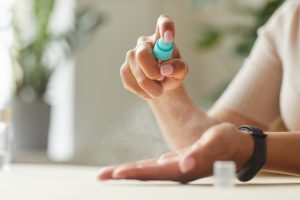 OCD is a fairly common condition affecting approximately 1.2% of the American population. It is reported among people of all races and backgrounds. It isn’t gender-related either since it affects both men and women and can start when one is young or old.

The early symptoms of OCD are any obsessions or compulsions that tend to interfere with your life. For instance, some morning routine may often prevent you from getting to work on time, but you just can’t stop doing it.

Generally, a person with OCD will know that they have a problem, but they don’t know how to stop it. Some of the early signs of OCD include:

People with OCD may also have tics – relatively brief, sudden, and repetitive actions or movements like:

Signs of OCD in Teens

Among kids and teenagers with OCD, some of the common obsessions include:

Some of the most common compulsions among kids and teenagers include:

OCD in children is diagnosed between the ages of 7 and 12 since these are the years when most kids are naturally concerned about fitting in with their friends. In most cases, the stress and discomfort brought on by OCD will make them feel scared, alone, and out of control.

What Are the Risk Factors for Obsessive-Compulsive Disorder?

The cause of OCD isn’t fully understood, but it is believed that some factors can increase one’s risk of developing the condition. They include:

How Is OCD Diagnosed?

There is no medical test for diagnosing OCD. Generally, a healthcare provider makes the diagnosis after asking you questions touching on the symptoms you have been experiencing.

The provider will use a criterion outlined in the Diagnostic Statistical Manual of Mental Disorders, 5th Edition, DSM 5. 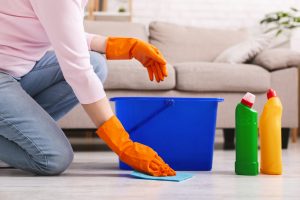 While most of us tend to use the terms “obsessed,” “obsessing,” and “OCD” so casually in our daily conversations, OCD is diagnosed based on specific factors under DSM 5. For one to be diagnosed with OCD, they must fulfill the following conditions:

If you think you are suffering from an obsessive compulsive or related disorder, you should urgently speak to an experienced mental health professional.

Different forms of psychotherapy have been proven to be effective in treating OCD. Cognitive-behavioral therapy (CBT) is one of them and mainly involves examining and understanding your thoughts and emotions.

Several CBT sessions can help you stop negative thoughts and replace them with healthier ways to cope with OCD. 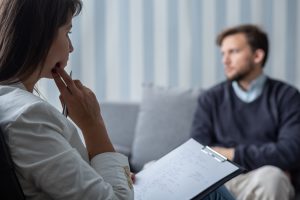 The other form of psychotherapy that works for OCD patients is Exposure Response Prevention (ERP). This form of therapy involves gradually exposing you to a feared obsession or object such as dirt so that you learn ways to resist your urge to yield to compulsive rituals.

Although ERP takes effort and a lot of practice, you enjoy a better quality of life once you learn to manage your obsessions and compulsions.

Your doctor can also recommend medications to help control your obsessions and compulsions. In most cases, antidepressants will be administered first. Some of the approved antidepressants used to treat OCD include:

These are just some of the approved antidepressants that can be used to treat OCD. Your doctor may prescribe other antidepressants and psychiatric medications to help manage your OCD symptoms.

Obsessive-compulsive disorder doesn’t go away by itself. If you or your loved one is showing the signs mentioned in this article, you need to talk to an experienced mental health professional as soon as possible.

Be honest about your obsessions and compulsion and how they affect your everyday life. Different forms of psychotherapy and medications can help alleviate your symptoms so you can focus more on your life and become productive.